PST May Offer Hope for Hormone-Negative

The Windsor Star reports that Canadian and Indian researchers are collaborating on a study to determine the use of the drug pancratistatin (PST) specifically for hormone-negative breast cancers. PST, made from the Hawaiin spider lily, has been shown in studies to kill cancerous cells while sparing healthy ones. If successful, it will be the first drug for hormone-negative cancers.
Posted by Patricia Prijatel at 8:49 PM No comments:

Take One Off the Bucket List: I Made it Up the Mountain 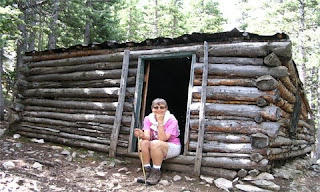 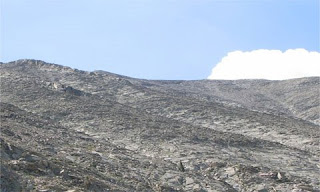 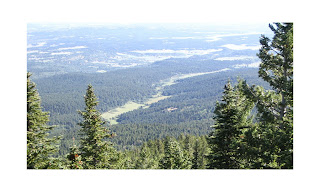 Here I am at the miners’ cabin at approximately 10,700 feet on the East Spanish Peak in Southern Colorado. The long shot is of our cabin from the mountain—we’re tucked in that green little valley. And the final shot is of my son, Josh, as a stick figure on top of the ridge, making his way down from the peak, about 2,000 feet above us.

We have owned this property for 16 years and I have been looking up at “our” mountain—it is our focal point here—and imagining myself up there. My husband, son, daughter, brother, and nephews have made it up to the “bowl,” an expanse of rock about 75 percent of the way up the peak. I have heard the stories of the beautiful views, the miners’ cabin, the challenge of the climb, and have envied those who have made it. Three years ago, before I was diagnosed with breast cancer, I began a fitness regimen, with one goal being to make it up to the bowl. I have not had a desire to go the entire way up to the peak, as traversing that rock seemed seriously out of my league. Instead of climbing the East Peak at that time, though, I climbed my own mountain of chemotherapy and radiation. So, finally making the hike last week felt like a double victory—over the mountain and over the cancer.